Skip to main content
Home Host a Show Calendar Store Contact About
Home / News / Where Are They Now?

Five actresses share Thérèse memories and update you on their lives.

Maggie Mahrt  1997-2002
Aside from the great blessing of leaning into the words and life of St. Thérèse for four years, what sticks with me most are the relationships I made and the many wonderful people I met on tour. My dearest friends in the world are a
result of my work with SLP. I am a filmmaker now, and I’m excited to direct my first feature film this year and also to be writing a TV pilot. You can check out my work at www.maggiemahrt.com.

I was six months pregnant at one of my last shows, and I was not feeling great. As I stepped out on stage, I heard a woman in the audience gasp, “Oh, she’s beautiful.” I began the show with tear-filled eyes, “My God I want to be a saint, but I feel so helpless.” That moment brought me out of the routine of the show and Saint Thérèse came alive for me in a new way. Now I live in Birmingham,
Alabama, with my husband and our six children.

I was 19 years old when we took Thérèse on the road. I remember the people most; the warmth and sense of welcome we received as we brought the story of the beloved saint to audiences ranging from nine nuns in a cloister to several hundred in parishes and schools. Since SLP, I’ve performed on Broadway tours, cruise ships, and in regional musical productions. I am now married to a wonderful man and we’re expecting our first child in January.

I have a fuzzy memory, so I kept a journal of my touring days. I would like to recall the words of a lady I met after one show in Arizona. She said, “I’m  88 years old, and I’ve had a good life. Now things are getting harder for me. But when I hear the words of Thérèse, I know how good it is to go through suffering for Jesus.” I have had some very difficult experiences since the SLP days. But God has blessed me with my son, Joseph, who brings enormous joy into my life.

In a monastery’s tiny chapel, I performed just a few feet from eight beautiful cloistered Carmelite sisters. Their reactions were so genuine; they laughed in recognition and felt Thérèse’s suffering within their own souls. I have rarely felt as close to God as I did then, nor so intimately united with an audience. Since then, I have moved to San Antonio, married, and now teach at a Catholic high school. We’re expecting our second baby in March. (Prayers are appreciated!)

Lindsay Younce, the star of our feature film Thérèse, is married and the mother of seven children. Watch for a more detailed update on Lindsay in our next newsletter! 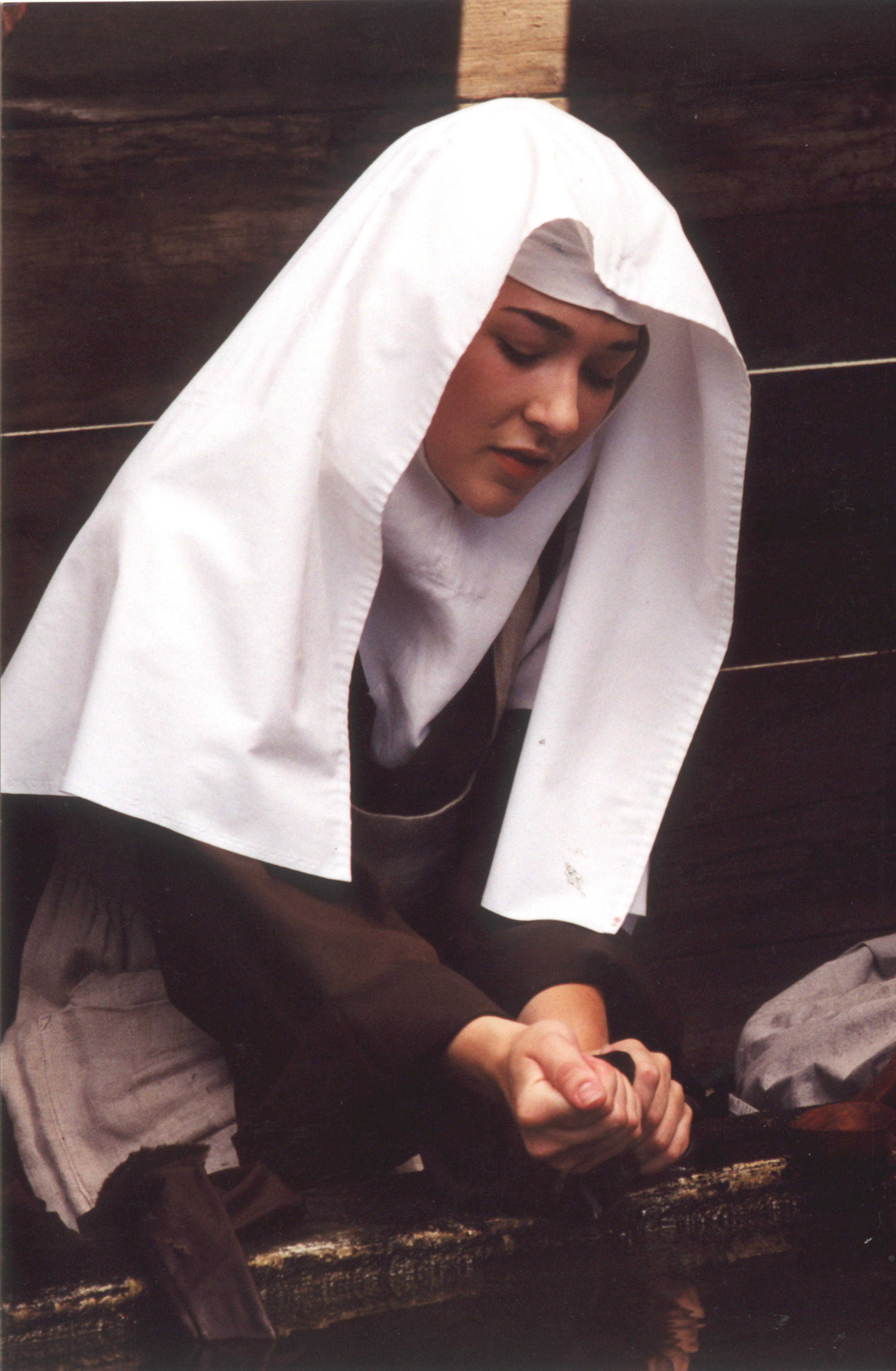