Since the beginning of 2018, actor Jim Coleman has been playing the role of Father Augustus Tolton,. Our Backstage Crew got a chance to talk to him. Here is an excerpt from that talk:

SLP: How did you end up performing the role of Father Tolton?

Jim: I got a call this past December from Leonardo, who asked if I’d be interested in the role.  Now I pride myself on knowing African-American history, but I knew nothing about Father Tolton. Growing up in Texas in an all-black community, Catholicism wasn't an option. I didn't know that there even were any black priests. That’s why this story absolutely fascinated and inspired me. I decided to take a leap of faith and accept the role.

SLP: What has been your most miraculous experience of “the show must go on”?

Jim: When we were in Bakersfield, CA, the computer which contained the whole show was stolen out of the back of truck. It looked like the end. But then, like a superhero, Leonardo flew to the rescue. Ten minutes before showtime he arrived with a new computer, and the show went on.  Saint Luke Productions asked everyone to pray and thousands of you did. So thank you so much for your prayers. They worked.

SLP: How do you feel playing the role of Father Tolton has affected you as an individual?

Jim: I've been an actor for 30 years. Generally, I take on a role and when it's over, it has no effect on me. But this time, it’s different. Every night I ask Father Tolton to allow me to step out of the way so that he can tell his story. The tears that I shed in the show aren't tears on command. I actually feel his pain, and it has really changed me. The things that we go through cannot compare to what he had to go through. When I come offstage, I’m overwhelmed the heartfelt thanks that I receive for telling this story. 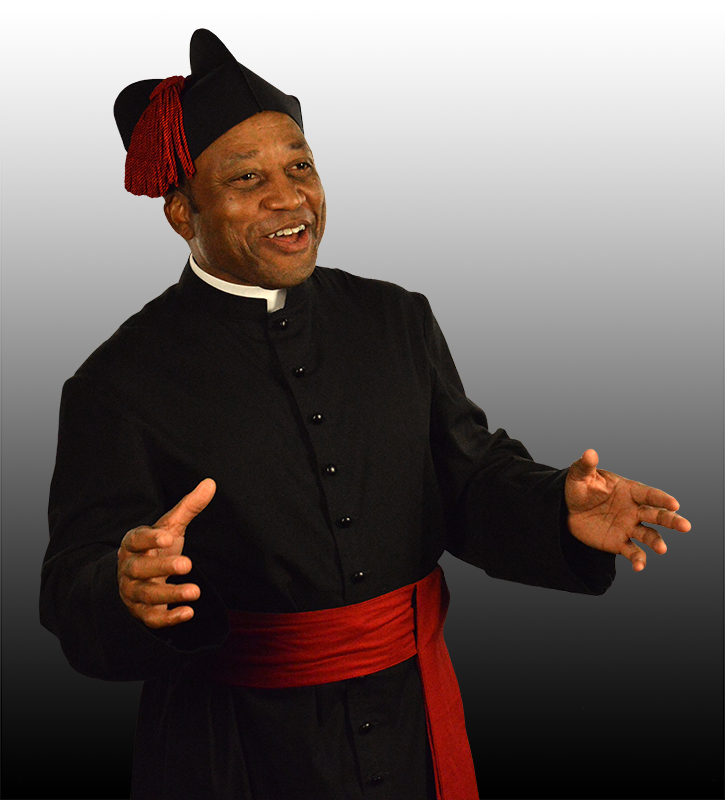