Moments like this make all the work worth it.

As he came on stage for the curtain call after a Tennessee high school performance of Tolton actor Jim Coleman looked out into the audience and saw a young girl about 15 years old, wearing a head wrap.  She was crying.

Afterwards, as the students were filing out, she walked up to the stage with a few of her friends.

“Thank you so much for telling this story,” she said.

And then she broke down crying again.  The other girls held her, all of them weeping. As they walked away, Jim looked at the principal who was standing next to him.  Tears were flowing down his face too.

“What is going on? What just happened?” Jim wondered, his own eyes welling up with tears.

“This family just moved here from Sudan and they're Muslim,” the principal told him. “Her mother wanted her daughter to go here. I reminded her that this is a Catholic school and she would have to study Catholicism.”

“Jesus Christ is my favorite martyr, and I want my daughter to know him,” her mother told him. “I want her to know Catholicism.”

“To see that girl accept this story was an answer to prayer.  She saw the goodness of the Christian faith,” the principal explained.

Tolton: From Slave to Priest has that kind of a powerful effect on young people. For the middle school students, especially, the story touches them and draws them in.

“I've had young kids come up and say I want to be a priest,” says Jim.  And now that I’ve met Father Tolton, I will never give up.”

Thanks for giving us the opportunity to experience the poignant moments of vulnerability that happen when young people meet a holy Christian in one of our live dramas.  You are making it possible for a new generation to catch the fire of the faith, and you are fostering conversions and vocations.  May God bless you for your generosity. 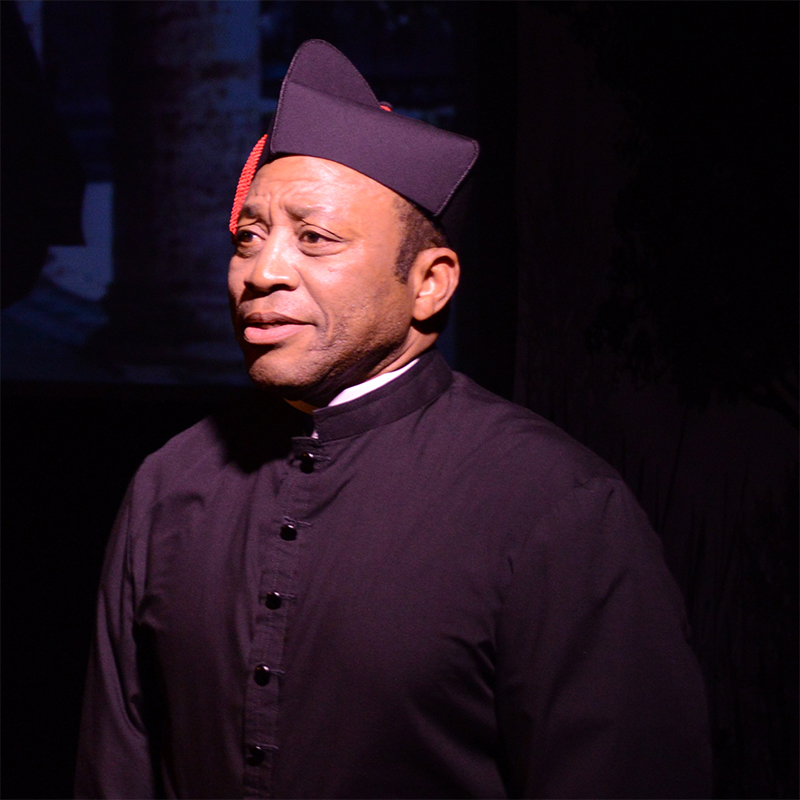